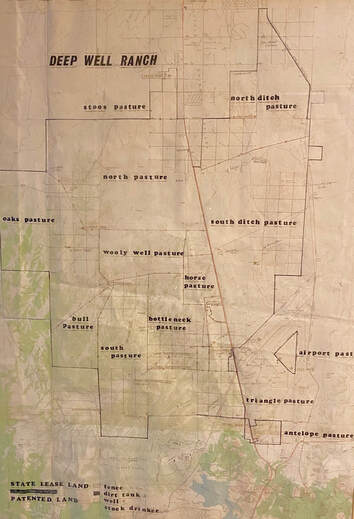 Deep Well Ranch is a cattle ranch in Yavapai County, Arizona situated between Prescott and neighboring Chino Valley. Comprised of approximately 18,000 acres of privately owned land and leased state land, Deep Well Ranch remains essentially the same today as in 1955. The ranch is owned by the Harold James Family Trust and is operated as a working ranch and also as a charitable entity.

​Purchased from the Perkins Cattle Company in 1954, Harold and Mitzie made Deep Well Ranch their home beginning in 1955. Harold chose Deep Well because it was ideally located next to Prescott Regional airport should Mitzie need to fly to Chicago for medical care.

​When Harold purchased Deep Well, he also purchased a sheep operation called Pozo Hondo Ranch that was adjacent to Deep Well in Lonesome Valley. Harold renamed it Coyote Springs Ranch which he later re-sold. Deep Well Ranch originally raised Herefords for beef production, but has since changed to a calf and cow operation exclusively raising Corriente cattle.
Corriente cattle are a breed of Criollo cattle descended from animals brought over by the Spanish in the 15th century. Chosen at Deep Well Ranch for their lean, athletic builds, Corriente cattle require less water and can live on sparse, open range, perfect for Northern Arizona rangeland. Corriente cattle are considered “sport cattle”.  Cattle at Deep Well Ranch are primarily sold for rodeo and roping.
The original 1955 ranch contained only the main ranch house, which burned down in the 1960s. The current house was rebuilt on the site of the original house. See the main house here in the 1970s and 1984.
​This aerial view shows the ranch in 1986. 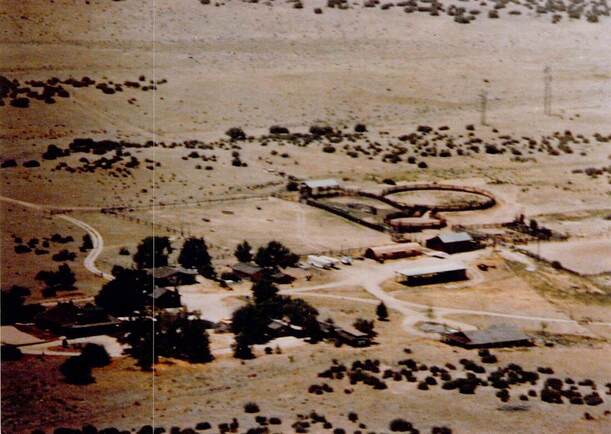 ​Harold and Mitzie’s home now serves as the headquarters and offices for Deep Well Ranch and the Harold James Family Trust. Over time, Harold added quarters for the ranch foreman, who has been with DWR for 40 years, ranch hands and other outbuildings.

The Deep Well Ranch House today
Deep Well Ranch continues to operate as a working cattle ranch. In addition, Deep Well is a research site for grant funded research in range sciences, precision livestock management and use of technologies, including GPS, for monitoring animal welfare. Research is currently being conducted by New Mexico State University College of Agricultural, Consumer and Environmental Sciences as part of the Animal and Range Sciences program.

Active Brands in use: 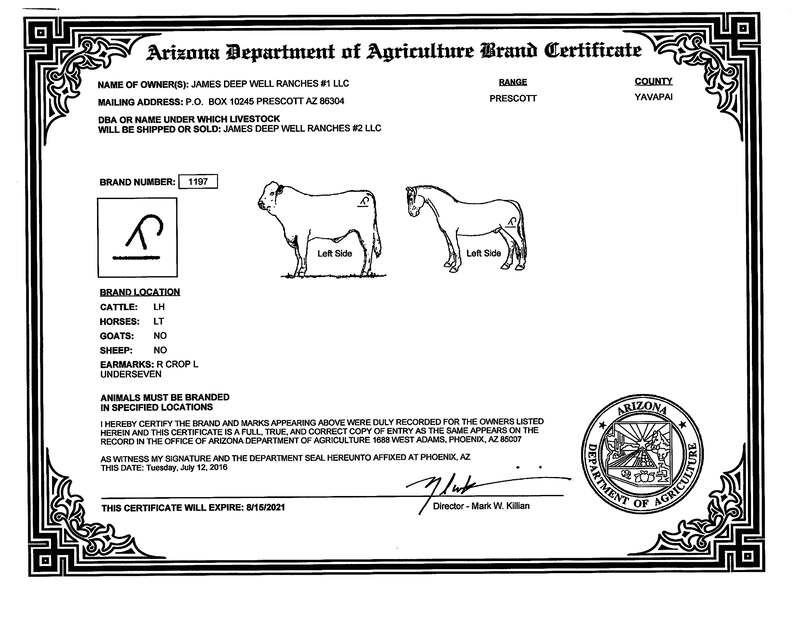 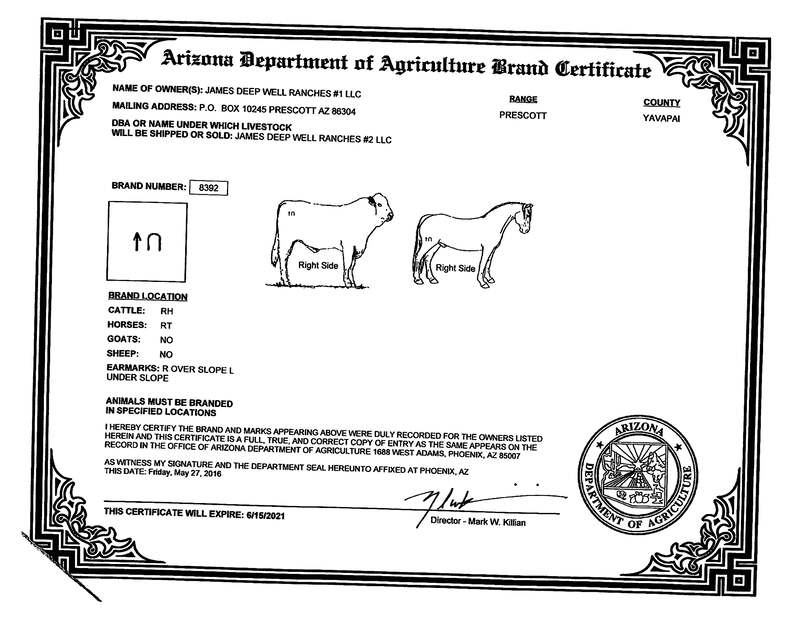 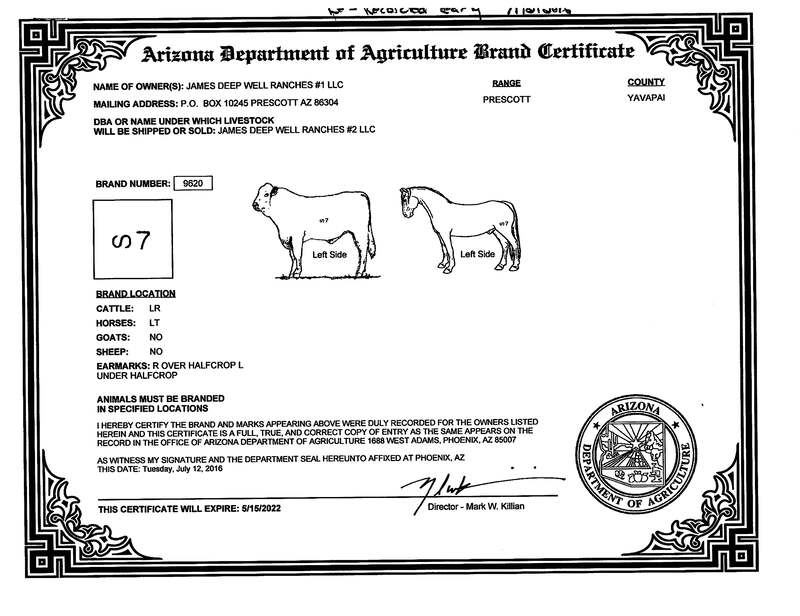